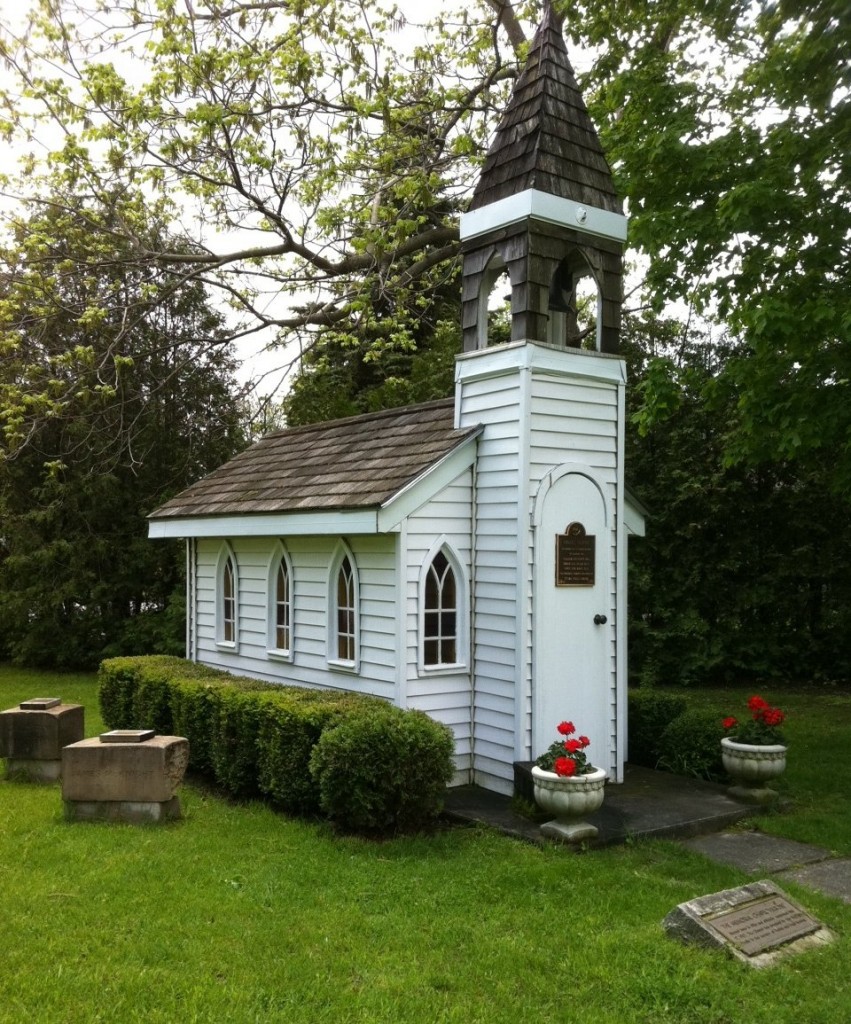 The Velrose Chapel was donated to the Teeterville Pioneer Museum in 1986 by the Goring Family, in memory of Fred and Velma Goring. A similar chapel to this one can be found near Drumheller, Alberta, not far from the Royal Alberta Museum of Paleontology. It was this chapel that inspired Mrs. Goring to Build her own. In September 1982 construction of the chapel began. On December 19th 1982 the church was dedicated by the Reverend Canon C.V. Tomkins. Velma dedicated the chapel in memory of her grandparents (William and Fanny Hill, her mother and father (Urian and Della Hill) and her two aunts (Abbie and Mary Hill)